A little while ago, a friend of mine, Mark, applied for the position of brand strategy manager at a young firm which has had admirable success both nationally and internationally with a small line of products for the domestic market. The firm’s chief sales-channel is the Internet, something that at once is impressive and counter-intuitive given their type of product. Their success, however, is precisely their online sales.

Mark was very excited as the invitation for an interview arrived. Anticipating the opportunity to exercise his brand and management expertise in a medium-sized business setting which had been portrayed in media for its young and alternative corporate culture, Mark was motivated, to say the least, and hopeful about a new professional opportunity.

We spoke at length before the interview, and in conversations Mark was profuse about the virtues of an alternative brand management paradigm that would steer clear of the reductive approaches to branding that are proverbial in older and well-established firms. Here was a grand opportunity, he said, to think and work in an inclusive manner, to spawn the productive merger of hard and soft facts.

Mark always spoke of strategic brand management as a long-term exploration of future opportunities. A brand would have to be built – or better, cultivated, he argued, and this cultivation would have to be rooted in the firm’s own, internal culture. The brand would thus be imbued with values – values that eventually could be accounted for in monetary terms. However, to begin with, these values were qualitative rather than quantitative. They were more intangible than not and predominantly “soft“ in the sense that they revolved around human experience which only indirectly could be tabulated and quantified. The capitalisation of a brand was thus the final result of a long process where the customer or user’s experience was at the heart of the complex and often evasive phenomena that define a brand. The strategic management of this process, Mark passionately argued, was to guide the cultivation process by way of structural systems. This would  slowly but deliberately enable the brand to manifest itself in tangible things and experiences. ‘“Touch points,” he pedantically explained, ‘is the chosen term for where this manifestation is located.’

‚Successful brand management consists of strategically enabling coherence between the many facets in this process,’ Mark continued. He explained how there needs to be cohesion between elements. And yet, he argued that because of the speed and diversification of contemporary digital media, one also must be attentive to the productive counterpoints in the system and provide flexibility to meet with rapid changes.

In the days after Mark had the interview, I heard nothing from him. Eventually I called him, and we met for a coffee. Not having been made a job offer, my friend was disappointed but not sad. More specifically, he was despondent about the experience but also intensely energised. All his hopes and expectations about the job opportunity had been turned upside down, nonetheless the experience fuelled his convictions with regards to brands, marketing, and corporate culture.

The interview, I was told, had lasted four hours and saw five candidates compete for the job – four men and one woman. The duration, one would imagine, would suffice for interviewers and candidates to get a reasonable, in-depth first impression of one another in individual sessions. However, aside from a first part with questions addressing the candidates’ respective histories and self-assessment, the individual interviews soon turned to, amongst other things, “brainteasers” – typically used in interviews by companies like Google, Amazon, McKinsey, and Accenture – and the calculation of revenue for an imagined consumer brand with minimal numeric input given to the hopeful interviewees.

The setting had a subtle yet very tangible atmosphere, one that exuded efficiency, immediate turn-over and results. By-and-by, Mark sensed the corporate genes of the firm’s founders and main owners: young graduates of master programmes in business and administration and a former employee of one of the chief business consultancies in the world.

‘Brand and user experience,’ had the chief interviewer blurted out in one of Mark’s sessions, ‘we assess based on clicks.’ Mark was taken aback and disconcerted. Everything he cherished about the complexity of brands was reduced to the reflex of the index finger – notwithstanding how this might be tied in with complex perception of screen appearance and deeply buried desires in the Internet user. The interviewer was a recruit from Google. Obviously he would be enamoured by clicks. ‘It’s about sales, sales, sales,’ he blurted out with equal passion when one of Mark’s sessions was interrupted by a question from an employee seeking advice.

‚So much for user experience,’ thought my friend, strengthened in his convictions also by his poor performance in the “brainteaser” session.

Both the format and content of the interview appeared in every respect to centre on the notion of value – that is, the value of a company’s brand. Here, of course, was where our interviewee and the interviewers radically departed – in fact, they were never even on the same starting line. Yet, it must be said, value in the world of markets and brands is always eventually numerical. Turnover and capitalisation for the stakeholders are the final measures of success. This might even be true for the most glorious brands of all, religions, since their grandness are soon measured by the glory of their temples, cathedrals and mosques. None came cheap. Yet, there is long-term value as in a brand that cultivates experience, and there is the short-term version well captured by the number of clicks.

The sweetness or savoury experience of a meal is not the same as the amounts of sugar, salt or spice that have gone into it. The culinary experience results from more complex mixtures than that. As Mark always argues, a brand and its value must be cultivated. One can use numerics, metrics, and their analytics to gauge the instant status and perhaps momentary result of a product’s performance, but one will be no wiser with regards to a brand’s performance and its users’ experiences. To be somewhat blunt about it: If numerics and analytics told the whole story, a lover’s experience could be measured by the number of hip movements. Obviously, it cannot!

Our computerised age easily leads to short-cuts, reductionism and false premises while it at the same time also gives many new possibilities to connect, communicate and develop together with the customer.

In this case, however, it concerns conflating the number of clicks while visiting a website with user experience and, thus, the brand value. The Google Analytics of this world may tell an important story, but it is faceless, non-corporeal, and reduces the world of desire to a presumed and eventually boring predictability.

It must be repeated, however, that my friend’s once hoped-for employer is hugely successful. The company has had write-ups in newspapers and magazines due to their reporting impressive numbers within a short timespan of growth. The founders must have acquired immense wealth, and the Google recruit must have a handsome salary. The clicks tick, and the company grows. Meanwhile, my friend is still seeking a job as a brand and management consultant. Obviously, I do not know if he would have been the right choice for the company in questions. However, I am deeply sympathetic to his sentiment about brands and value. I also go for the deeper value of experience. Or, is it the experience of deeper value? Regardless, it all concerns the phenomenon of brands.

No doubt, many hip movements may indicate long, intense pleasure, but it could also report frustration due to no final consummation. And what about the candles and the wine leading up to it, and the gentle care after it is over? ‘Soft values is the cunning other of hard ones,’ says Mark, believing now even more than before that “hard“ numbers only take you so far. They only tell you where you are and eventually arrest you in a possible errant pattern of predictability. ‘So much for Google and the business consultants in this world,’ he said finishing his coffee, ‘I have found a new job announcement I plan to apply to.’ 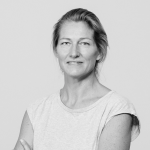 www.businessoffashion.com ↗ Reviving ‘Brand USA’ after the damage done by the Trump years will take time, but the underlying values that animate the American Dream may be as marketable as ever.

Purpose: Shifting from why to how.

www.mckinsey.com ↗ What is your company’s core reason for being, and where can you have a unique, positive impact on society? Now more than ever, you need good answers to these questions.